First Exams are Ahead

It's been a while since i post something on this blog, there are new people started the programme and Netherlands started to cool down, people who are on their VFR phase are had to slowed down due to bad weather conditions. Me ? I was just studying the subjects i saw.

You probably know that there are 14 Courses and 14 Exams, end of January i will have exams from subjects: Principles of Flight, Performance, Human Performance and Limitations, ASP ( Airframe and Systems, Electrics, Powerplant, Em. Equipment ), General Navigation and Radio Navigation.

I will take Radio Navigation after christmas but for now I've almost finished 5 courses and already studied them to get sufficient score from exam. I had some hard time on General Navigation subject however, I've managed to work it out. Well its not exactly a hard subject but I always hated Geography in high school, maybe it is one of the reasons that i couldn't mastered it on a short time.

But what is General Navigation ? What they ask ? and Why are we taking this course ?

I can say that general navigation is the core of planing a flight, you learn how to read maps, latitude ( what is your position compared to poles ) and longitude ( what is your position compared to prime meridian ) etc. etc. During this course you learn to correct your route according to Wind ! And you use some device called "Flight Computer" for it. 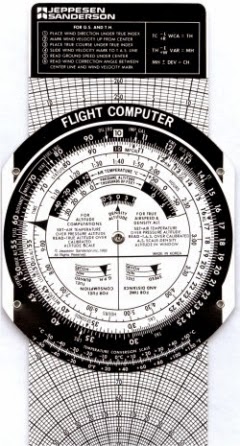 Don't get excited, its not a computer you get used to. It's basically a scale which does computation.

With flight computer pilots able to find corrections btw Calibrated Airspeed to True Airspeed, True Airspeed to Mach Number, Speed of Sound on a specific temperature . It even corrects US gallons to Litre even Imperial to Litre.

It's been more than 2 months  since i came here. Tomorrow I will go back to my hometown for Christmas. I've already missed the ones I left behind.

It won't be a total vocation, during that time i need to study for my exams, when I come back I will have just 15 days to study.